For the 2021 season we hope to open the museum during the month of July.
Please check back here before visiting us in person.

Museum Hours May through October:
Saturday: 1:00pm-4:00pm | Admission is FREE! 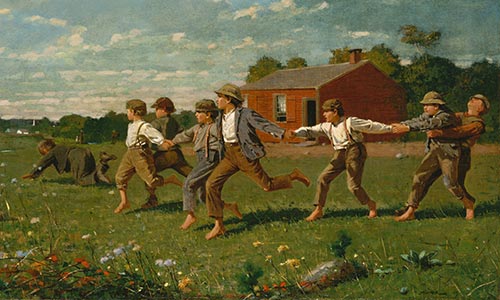 Winslow Homer, one of America's greatest painters and illustrators, visited Hurley, NY, during summers of the 1870s to sketch and paint views of American pastoral life.  It has been a not-so-well-kept secret that that Homer's famed Snap the Whip is a Hurley scene.  Now, recent research has unearthed a trove of his artworks that were inspired by Hurley homes and landscapes.  This exhibition is based on work done by members of the Heritage Society with author Reilly Rhodes for his 2017 book on Homer. 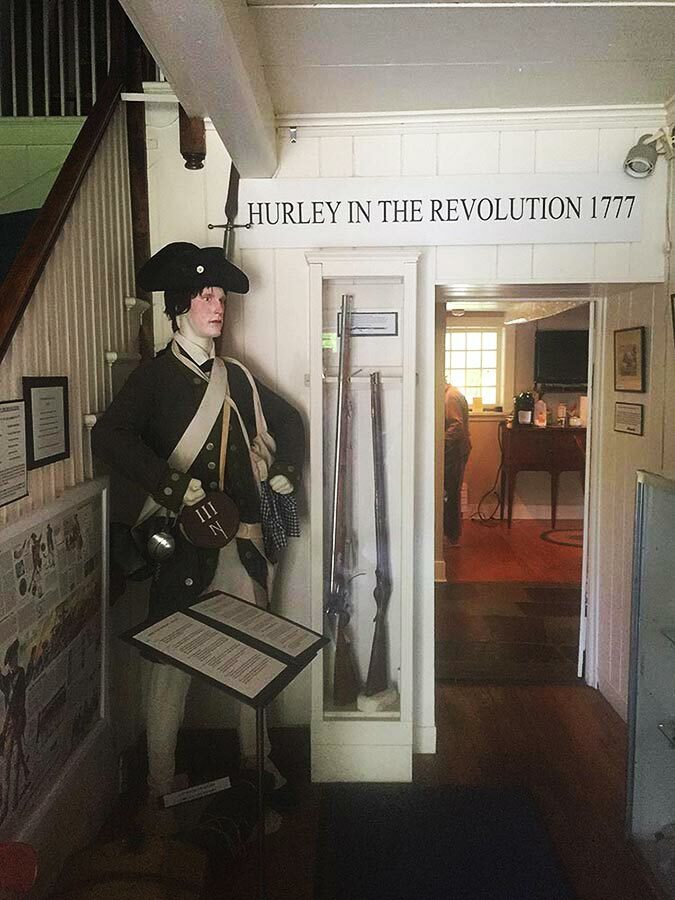 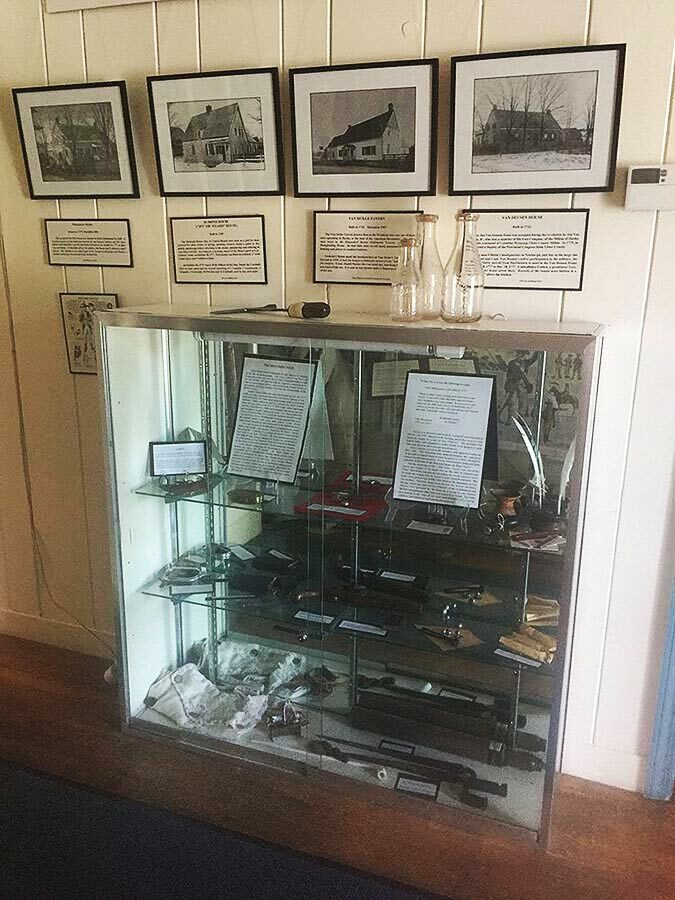 Hurley in the Revolution

Hurley played a pivotal role in the American Revolution. Following the burning of Kingston (then New York State’s Capital) by British troops on October 16, 1777, General George Clinton made Hurley’s Main Street a military outpost. Immediately after the burning of Kingston, the Capital was moved to Marbletown until November 18, when it was relocated to Hurley. The Safety Council (which represented the combined legislative and executive functions of the state government) met in the Van Deusen House.

The DuMond house, on Main Street, is also known as “The Spy House.” In October 1777, a Tory courier, Lt. Daniel Taylor, carrying a message from British General Sir Henry Clinton to Gen. John Burgoyne, was intercepted by a group from American General George Clinton’s army. Taylor was jailed in the basement of the DuMond house, tried and sentenced to death. He was hanged on a sweet apple tree on the side of School House Lane.

Hurley is proud of its residents who defended the colony during the Revolutionary War, including Col. Cornelius D. Wynkoop, Col. Charles. DeWitt, and Maj. Adrian Wynkoop. In the fall of 1782, Gen. George Washington came to Hurley to thank its inhabitants for providing grain for his troops at Valley Forge, without which they would not have survived. He was given a reception at the Houghtaling Tavern. 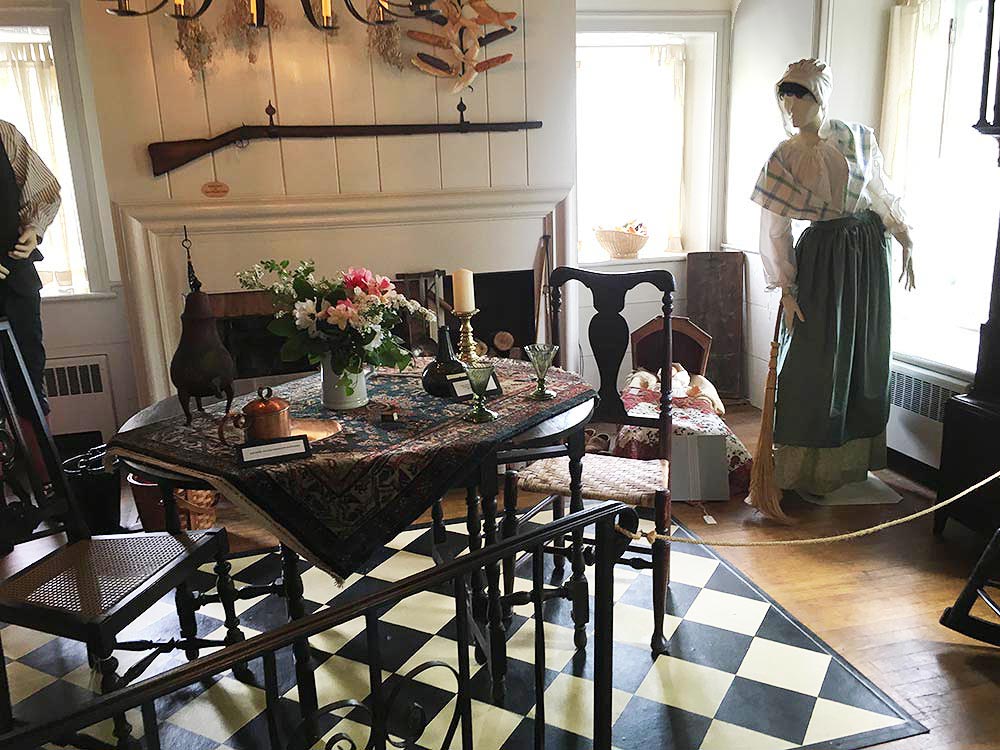 Hurley is proud of its Dutch heritage. Nieuw Dorp (now Hurley) was established in 1662 when Philip Pieterson Schuyler and five other business men petitioned New Netherland Colony Governor General Peter Stuyvesant to establish a new village. The Dutch brought with them a thriving culture and soon established a self-sustaining community. Wheat, rye, and barley were grown on the river valley. Each homestead consisted of a barn, kitchen garden, and orchard, growing apples and pears for family use.

The Dutch Room showcases how a living area might have looked in the Dutch and Colonial period in the 17th and 18th centuries. All curated items—Dutch bible, antique chairs, tables and cupboards, baby cradle, canvas floor cloth, butter churn, Dutch oven, pewter and china dishes—are typical of ones used by Hurley’s early Dutch settlers. 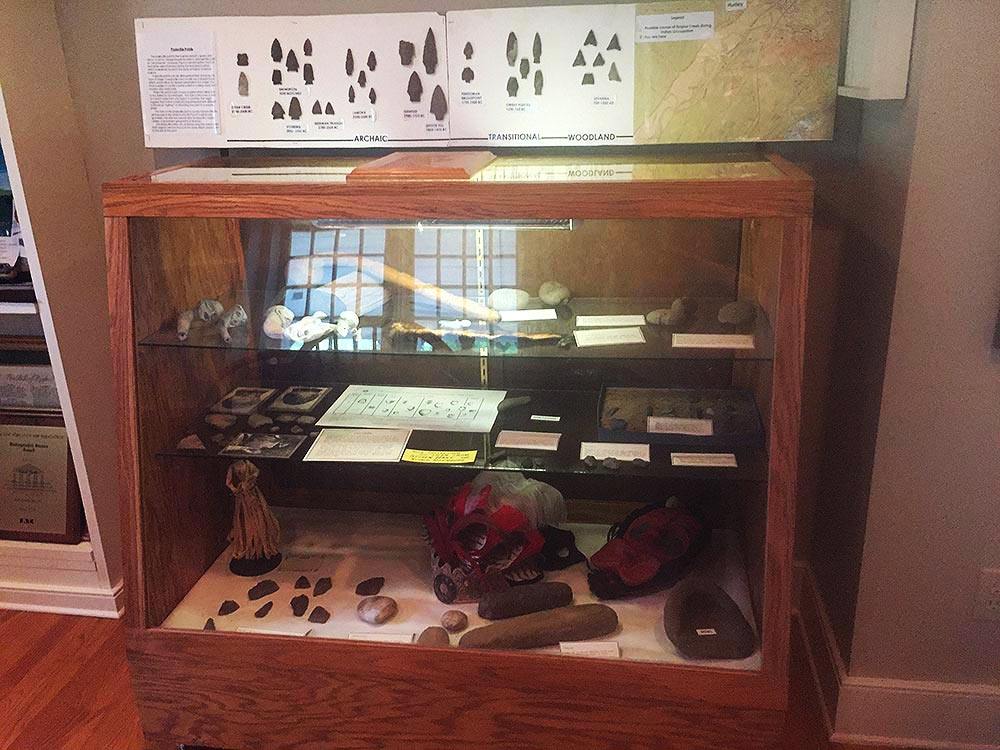 The original settlers in Hurley at the time of Henry Hudson’s voyage in 1609 on the North River, were referred to as the Esopus Indians; a northern branch of the Delaware Tribe, Lenni-Lenape. It is their culture and customs that helped shape our present-day Hurley community and remains a powerful force today. In the Spring of 1662, the Village of Nieuw Dorp was founded by Peter Stuyvesant and the Lenape’s fertile land was divided into several parcels. Eventually, disputes were settled and the Lenape, respected as peacemakers, adopted some of the Dutch traditions and shared common land and cultures.

The showcase of Native American artifacts, located in the upstairs hall, features a timeline of projectile points(spearheads) from the earliest prehistoric times to 1350 AD.  Many early tools and stone tools used by the River Indian Tribes are displayed with explanations and documented dates. The history of early pottery tells how and why the Indian settlers crafted utensils from local clay pits and kilns.

Photographs and a replicated Headdress of Chief Joseph Brant 1742-1807 (Thayendanegea), translated to mean “he who places two bets”, signify the involvement of Chief Joseph Brant, Mohawk, War Chief, politician, and missionary during the American Revolution. Joseph Brant fought for the British cause, with the hopes that Indian lands would be returned to them as promised.

Collections and artifacts are on loan from Steven Hart and Ronald Rifenburg.