By the late 1800s, the areas of West Hurley, Glenford, and Ashton were booming. The bluestone industry, which had greatly increased the local population, was at its peak, though it would soon decline. New York City residents flocked to the area every summer for vacation, and boardinghouses dotted every block. Though mostly a farming community, these areas contained several churches, schools, post offices, mills, and various other trades. According to a gazetteer, they predicted this area was destined for greatness as a highly attractive destination.  [Excerpts and photos taken from the book Images of America: Hurley by Deana Decker, Arcadia Publishing, 2007.] 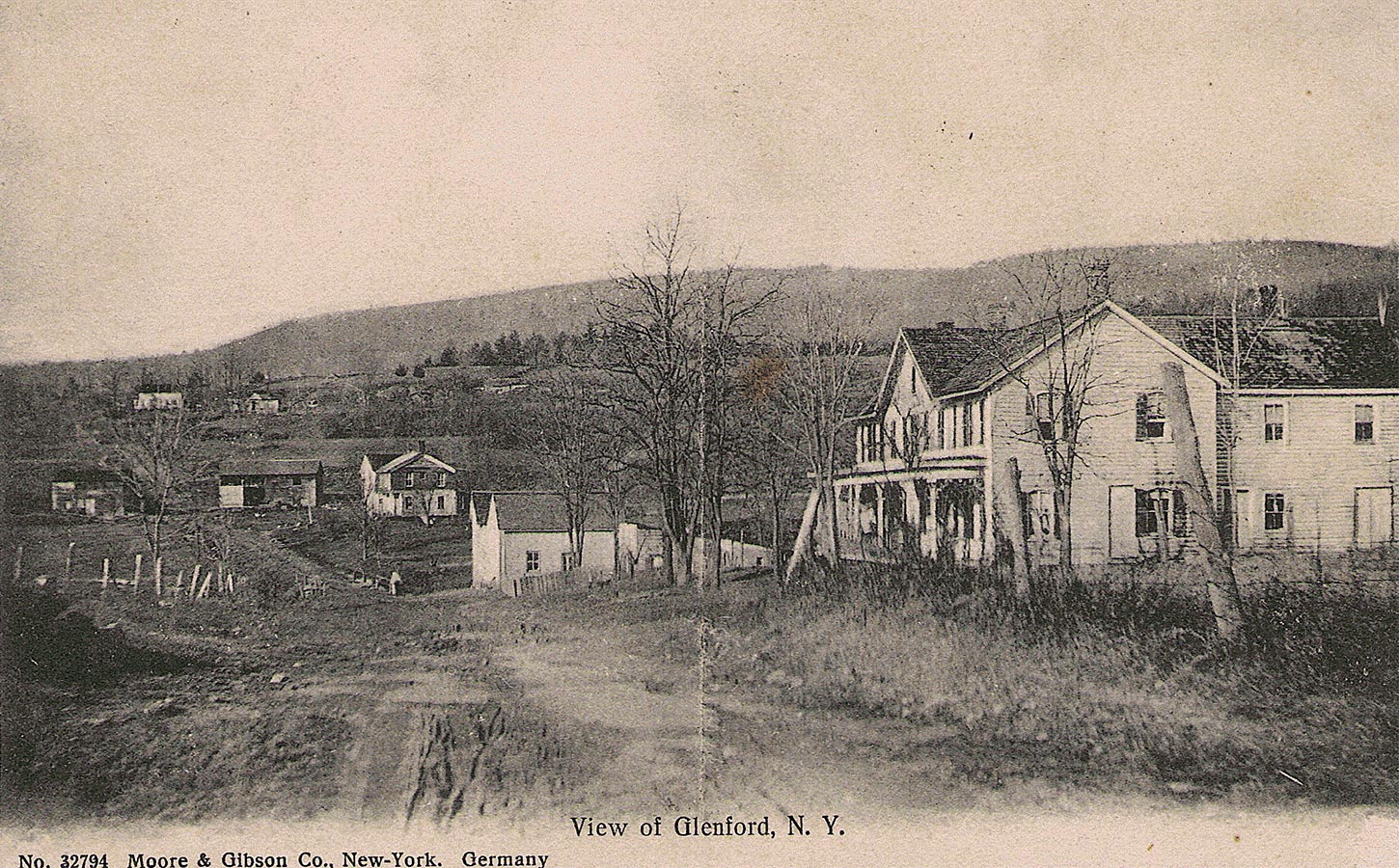 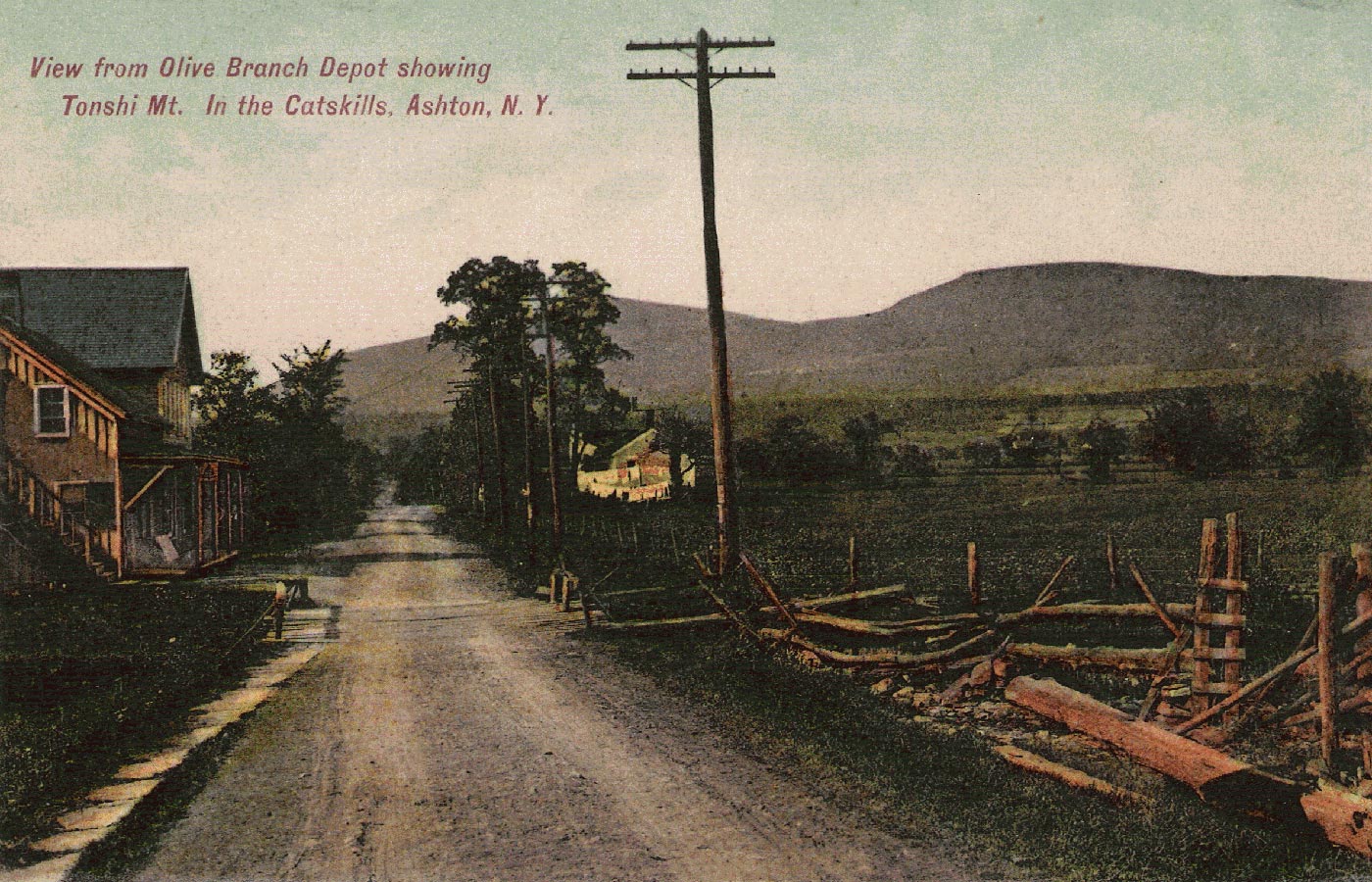 The view from the Olivebranch station of the Ulster and Delaware (U&D) Railroad about 1905 shows the road leading through Ashton with Tonshi Mountain in the background. (Courtesy of Eleanor Elting Arold.) 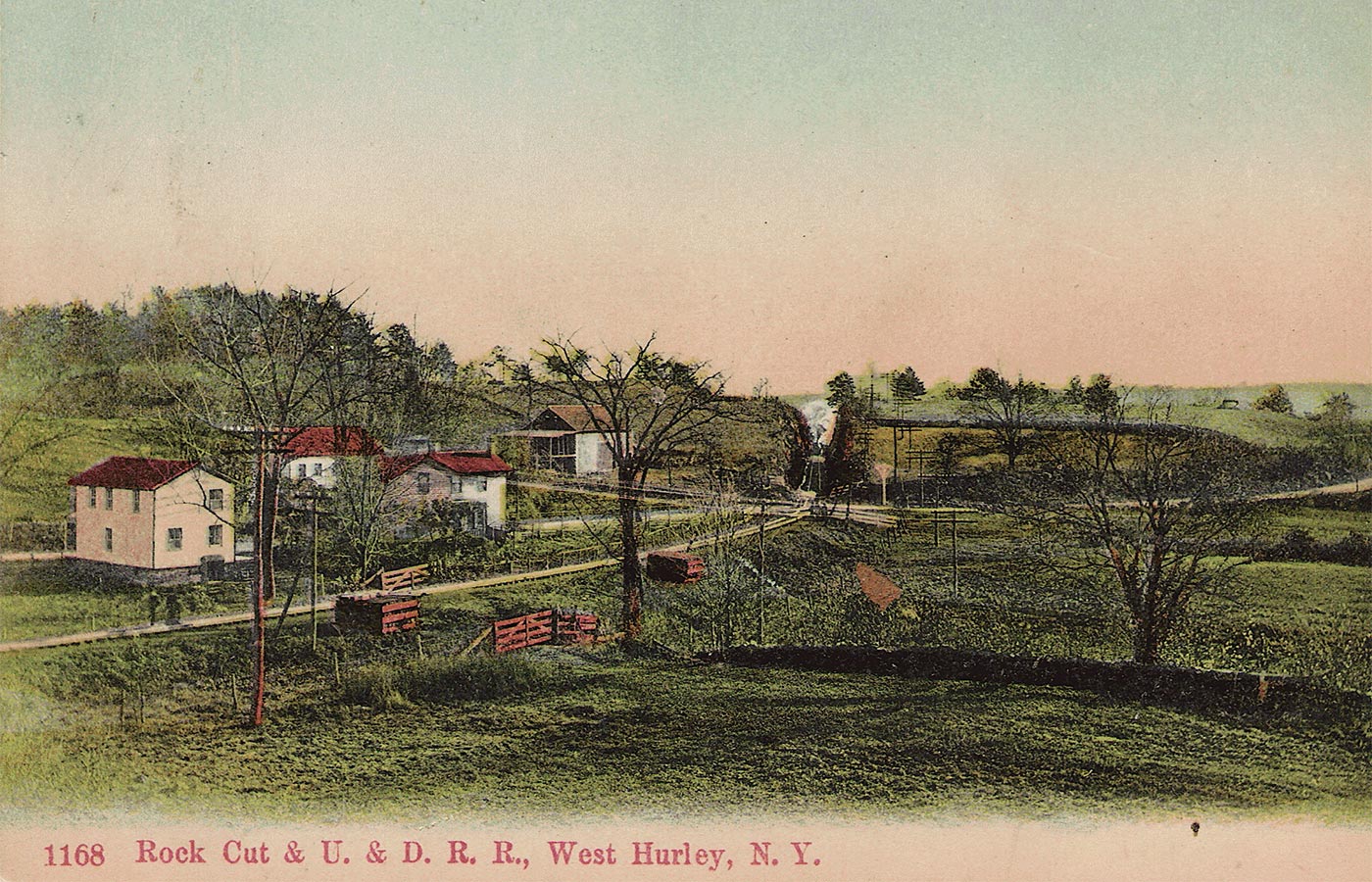 This picture shows a rock cut for the U&D Railroad in West Hurley. West Hurley grew at a rapid pace after the discovery of bluestone. (Courtesy of Jonathan and Iris Oseas.)